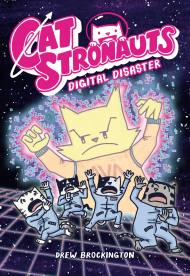 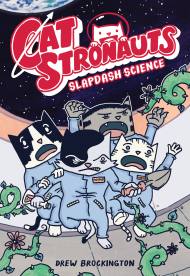 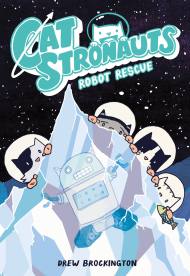 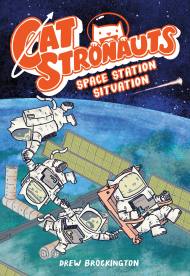 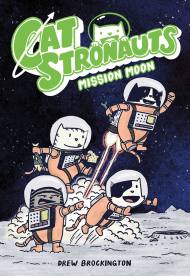 Praise for CatStronauts:
A 2018 TLA Little Maverick Graphic Novel Reading List Book
"With its appealing blend of cuteness, substance, and humor, this should have readers over the moon. "
—Kirkus Reviews
"Brockington's off-the-wall kitty sci-fi series packs the full-color panels with cute cats, space travel, and comical high jinks... sure to elicit lots of giggles among middlegrade comics fans."—Booklist
"The engagingly lighthearted drama and positive resolutions, and the expressive characters, who are as adorable as they are adventurous, provide... fun purchases that will do well on their own or paired with heavier nonfiction titles on history or the environment."

—School Library Journal
"Humor and suspense compete throughout... In playful, mock-heroic, full-color cartoons, Brockington mines space theater for everything.... Even the chapter headings get in on the fun."—Publishers Weekly
"There's lots of enthusiasm for graphic novels for this age range, and the CatStronauts deserve a spot."—BCCB
Read More Read Less

INTRODUCING YOUR KIDS TO GRAPHIC NOVELS?

Tips for Reading—and Loving—Graphic Novels with Your Kids

The best ways to read graphic novels aloud with your kids or class—and fun recommendations for every reading level.
Read full article